Several months ago, a state inspector for the Florida Department of Law Enforcement was fired for improperly calibrating breath test (or breathalyzer) machines, says Broward County DUI Lawyer William Moore. The inspector deliberately tampered with the testing process in order to produce more “favorable” results for the state – i.e., if it appeared that the breathalyzer device would show that it was not well-calibrated, she prevented the machine from completing the test. The inspector made a habit of cutting of the power supply to the breath test machines. In addition to preventing a reliable calibration test, the inspector’s maneuver also prevented the breathalyzer device from recording the results of the test, which would have shown that it was improperly calibrated. A wrongly-calibrated breath test device cannot give accurate measurements of a subject’s breath alcohol concentration, which is used when a person is arrested for the crime of driving under the influence or driving while impaired.

A Broward County judge recently ruled that the results of breath tests from one of the machines in particular cannot be used as evidence in DUI cases pending before him. Other judges have not yet ruled on the issue, but Fort Lauderdale DUI attorney William Moore says that the debate is contentious, but an important issue. Although the State Attorney’s Office has insisted that the breathalyzer machines are “extremely accurate,” the fact that they may not have been properly calibrated – and we cannot know how many times a machine would have failed a test – is extremely problematic for DUI defendants who are facing possible criminal penalties due to the state’s reliance on these machines. 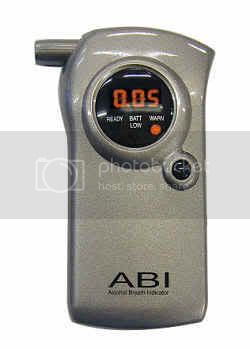 This article should be used for informational purposes only and should not be construed as legal advice nor as implied representation of any person.