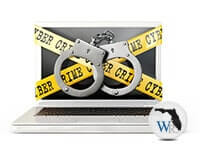 Computer or cybercrime laws deal with criminal activity that involves computers, computer networks, and online sites. However, some of the crimes might involve other criminal laws as well, and in such cases, Florida Law on Computer Sex Crimes rely on both sets of laws to prove their case against the defendant.

Since the crimes involve computers, both the prosecution and the defense will normally call upon technical experts to provide evidence involving the actual execution of the crime or an explanation for its legal basis.

To match this growing number of computer crime cases, Florida laws which govern cybercrime on the Internet have changed more quickly than any other.

How Has This Affected Law Enforcement?

Broward County Investigators & Prosecutors have had to assimilate rapidly each new technological advance. Investigative procedures and the labyrinth of jurisdictional issues have made this serious offense even more challenging.

Florida law also includes unauthorized use of intellectual property as a computer crime if this is done by hacking into the computer, computer system, or computer network of another person or entity.

Besides, if the unauthorized access of data or intellectual property was for the committing of fraud or theft those provisions of the Florida criminal law will also apply on the case.Florida law also specifically criminalizes the introduction of computer viruses. Anyone who introduces viruses, Trojans, or other malicious code into a computer or computer system or network can be convicted of a computer crime in Florida and penalized accordingly.