“One of the most common crimes in Florida is insurance fraud and wire or mail fraud, where the defrauding is committed by using the U.S Postal Service and even private carriers like UPS and FedEx, or by using phones, faxes, or emails. In this crime, people are solicited with some scheme that is meant to defraud the person into doing some action, which will result in the victim losing money.” 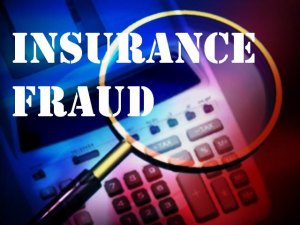 According to Florida criminal lawyer William Moore, In 2002, the penalties for mail or wire fraud were increased dramatically. The maximum jail sentence, which was previously five years, jumped to 20 years, and the act opened the avenue for increased federal prosecution.

Insurance fraud is another crime that is highly prevalent in Florida. This fraud occurs when the accused willfully claims false damages from the insurance company for injury, accident, theft, or other types of losses. With the increased rate of insurance fraud, Florida law now imposes stricter penalties according to William Moore, Broward County Criminal Attorney
“The crime of staging accidents actually originated in South Florida, according to criminal lawyers and has now become a massive criminal enterprise valued at millions of dollars. This type of fraud causes huge losses to insurance companies, which ultimately results in higher premiums for everybody. Insurance fraud can also involve the healthcare system, where the claimant can bill the provider falsely or for more amounts than what was accrued. This results in spiraling costs of medical insurance and other related services.” –Defense attorney William Moore Broward County

Categories of Fraud
All these types of organized frauds are viewed as having severe repercussions on society overall and therefore most fraud crimes are considered felony offenses with stiff prison terms and hefty fines. Secondly, apart from criminal prosecution, the accused in a fraud case can be prosecuted under civil law for claiming restitution, and imposition of additional penalties in the form of fines. These penalties will depend on the nature of the fraud, whether it was committed by an entity or individual, and the number of people affected by the fraud.
by William Moore
William Moore Criminal Defense
721 SE 13th Street
Fort Lauderdale, Fl 33316
954-656-6229
Williammoorelaw@aol.com