Officers Criticism of Defendant's Manner of Parking Following Being Pulled Over 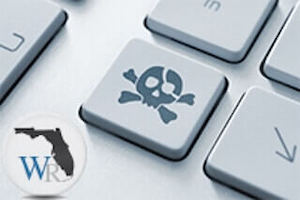 Police Officer’s testifying on behalf of the State in DUI trials often criticize the manner in which a suspect pulled over in response to an officer’s commands. The manner of parking, including distance from the curb, angle of the car, and overall positioning of the automobile will be scrutinized. This, of course, is done to bolster an officer’s claims of impairment and obtain a conviction for the State Attorney. The overall goal will be to establish that parking was conducted in a sloppy manner due to the suspect’s intoxication. Methods of combating such accusations from a defense standpoint include:

(1) Being pulled over by a law enforcement officer creates some level of anxiety in the average person. Such anxiety can lead to uncommon driving/parking practices and irrational responses. Ordinary citizens are conditioned to fear police officers when they are being pulled over and they have grown to learn that being pulled over follows a motorist’s doing something wrong. The stress of the situation more often than not leads to imperfect parking.

(2) Most people believe that pulling over in response to an officer’s lights and siren must be done immediately. This sense of urgency often leads a suspect to be more concerned with getting to the side of the road than with the grace of their parking ability. Pulling over immediately indicates a willingness to obey an officer’s command and to show respect for authority. This sense of urgency can be considered the suspect’s primary concern where to accuracy of the vehicle’s position after coming to a stop is not at issue.

(3) Criticizing of a suspect’s parking ability on the night of their arrest should be pointed out as overreaching on the part of law enforcement officers and used by defense counsel to expose their pre-disposition to obtaining a conviction at all costs.