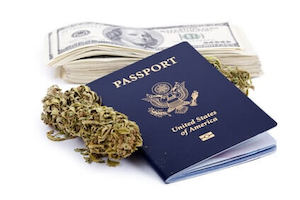 The Florida Times-Union reported last week on a computer error that deleted the felony conviction of a drunk driver. Government officials mistakenly reinstated the driving privileges of Brandon Hoffman, who was 17 at the time of the incident. The accident occurred in 2005 and left Don Worley in a wheelchair.

Questions from the Times-Union prompted an inquiry into the government computer system, including the Traffic Citation Accounting Transmission System (also called TCATS). All 67 Florida court clerks use the system to transmit information about convicted DUIs to Highway Safety officials and the Florida Department of Law Enforcement.

Highway Safety officials notified Hoffman, now 20, that his driver’s license would be suspended starting in 20 days. Back in 2006, Hoffman had pleaded no-contest to the felony drunken driving charge and was sentenced to six years of probation, in addition to 150 days of jail time and a six-month driving suspension.

That information never made it into FDLE records. FDLE never received a copy of Hoffman’s fingerprints from Flagler County, so they were unable to enter information about his arrest and conviction in their system. They are investigating to ensure that the computer error has not impacted other DUI cases.

If you have been arrested and charged with drunk driving, then contact the Florida DUI center. The law offices of William Moore Criminal Defense, P.A., have built a solid reputation for defending DUI cases.