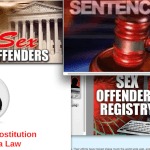 According to criminal defense attorney William Moore, even if a hate motivated murder or rape was somehow logically considered to be worse than non hatred motivated ones, there is not much room for extra punishment in such serious matters.

Low-level criminal offenses in Florida such as vandalism in the form of graffiti may be a different story however.

Moore claims that it is a common according to more the defacing of a building by spraying a swastika upon it as opposed to a butterfly may logically be said to have significant differences with regard to their impact on the victim. More further explained that graffiti often has a symbolic message depending on the person placing it.

While Floridian’s agree that symbols hurt, they are generally divided as to whether a cross burner or swastika painter should be punished more severely than those committing the same crimes without any motivation of hatred.

Messages of hate are not consistent with our First Amendment or values.

No one is going to look at issues such as damage extent and defacement rather than significant offensiveness and messages of hate.

Defense Attorneys from our firm will be available to discuss this article by contacting any of the following offices.