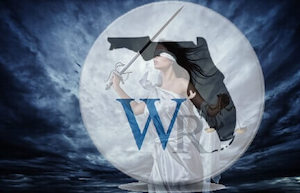 This is a first. A man arrested for DUI in Australia might have offered the most unique defense to driving under the influence yet: mosquitoes. The man, Stephen James Diggs, 30, who had been fishing with a friend, decided to drive home after having several beers and with a blood alcohol content of .236 because the mosquitoes were “absolutely horrific”. Diggs told police he took the risk of driving home drunk to avoid being bitten any further. A unique defense? Yes. A viable one? Actually it is.

Necessity is an affirmative defense to DUI. Only seen in very unusual fact patterns, affirmative defenses can lead to the acquittal of such a charge. Such a defense should be used with caution, however, as it requires the defendant to admit that he committed the crime but was justified in doing so. Generally, the defense of Necessity requires that the accused establish the following:

If the facts in this case establish that the accused was in an area infested with mosquitoes and that his automobile was an open vehicle which could not have provided shelter, I think that he has a great case. If his automobile had windows and could have provided a safe haven, however, the defense of necessity would be unavailable to him. At least under Florida law.