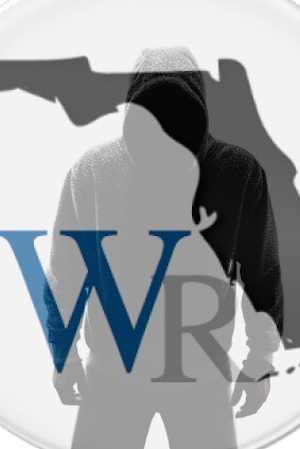 How about alcohol on the breath being a reliable sign of alcohol intake and intoxication? I have read many, many police narratives wherein lies the sentence, “the subject emitted an odor of alcohol.” The fact is alcohol is ororless, no smell at all. What police officers believe is alcohol on the breath is actually the odor of things found in alcoholic beverages. The estimates made by officers are no more accurate than indiscriminate guesses.

Another myth is that if people refrain from drinking alcohol they are considered “alcohol-free” and cannot be arrested for DUI (the act or crime of driving while affected by alcohol). The truth is that the human body produces its own alcohol supply naturally on a continuous basis, all day and night, seven days a week. This is called “endogenous (growing or produced by growth from deep tissue) ethanol (colorless volatile flammable liquid C2H5OH that is the intoxicating agent in liquors) production.” In some cases people produce enough to become legally drunk and can be arrested for DUI.

Did you ever hear the one that diabetics can be cleared from suspicion although they may be suffering from hypoglycemia, slurred speech, disorientation, staggering, drowsiness, poor motor control, and flushed face?

Hypoglycemia (abnormal decrease of sugar in the blood) causes acetone (a volatile fragrant flammable liquid ketone C3H6O used chiefly as a solvent and in organic synthesis and found in abnormal quantities in diabetic urine). Acetone will record as alcohol on the breath during a breathalyzer test. Diabetics can be falsely arrested for DUI.

How about the myth that field sobriety tests can identify drunk drivers. (The Standardized Field Sobriety Test (SFST) is a battery of three tests administered and evaluated in a standardized manner by police officers at roadside to obtain validated indicators of impairment) The test consists of:

Horizontal gaze nystagmus (HGN) is an involuntary jerking of the eyeball which occurs naturally as the eyes gaze to the side. Under normal circumstances, nystagmus occurs when the eyes are rotated at high peripheral angles. However, when a person is impaired by alcohol, nystagmus is exaggerated and may occur at lesser angles. An alcohol-impaired person will also often have difficulty smoothly tracking a moving object, like a police officers’ penlight.

A popular myth is that law enforcement officers can’t influence the BAC reading of a breath-testing machine. The fact is, police officers can and do influence BAC readings. The most overlooked error in breath testing for alcohol is the pattern of breathing. The concentration of alcohol changes considerably during a breath. The first part of a breath has an alcohol concentration much lower than the equivalent BAC. The last part of the breath has an alcohol concentration that is much higher than the equivalent BAC. It can be over 50% above the alcohol level. Many police officers know this, and they also know that if the machine contradicts their opinion that the arrestee is intoxicated, they won’t look so good. So, when they tell the arrestee to blow into the machine’s mouthpiece they may yell at him or her to, “Keep breathing! Breathe harder!” This would cause the breath captured by the breathalyzer to be from the bottom of the lungs, near the alveolar sacs, which will be richest in alcohol. This would cause the breathalyzer machine to give a higher, but inaccurate reading.

Some people believe the myth that breathalyzers and other breath testers are accurate. Actually, alcohol breath testers simply lack precision. Attorney Lawrence Taylor explains that “Scientists universally recognize an inherent error in breath analysis, generally of plus or minus .01%. This means that under ideal conditions (a highly unlikely situation), a BAC reading of .08 (the accepted legal limit for alcohol consumption), reflects an actual BAC of anywhere from .07 to .09. That’s a margin of error of 20-30 percent. Would this be considered a reasonable margin of error for an accountant, airline pilot, or bank teller? In court, guilt should be proved beyond a reasonable doubt.

And lastly, there is a myth that alcohol breath testers measure the concentration of alcohol in a person’s blood stream (blood alcohol concentration or BAC). The fact is, breathalyzer machines don’t actually measure BAC. This can only be done by analyzing a blood sample. Law enforcement agencies attempt to measure alcohol in the breath in order to estimate the concentration of alcohol in the blood. That’s why not all states permit the use of breathalyzers. Florida is not one of those states. In reality, alcohol breath testers detect any chemical compounds that contain the methyl group in its molecular structure. Unfortunately, there are thousands of such compounds. Many occur naturally in the human breath or are picked up from disease; inhaling fumes from gasoline, glue, paint remover, celluloid, cleaning fluids, and even “new car smell.”

Some breath analysis machines assume a hematocrit (cell volume of blood) of 47%, although hematocrit values range from 42 to 52% in men and from 37 to 42% in women. A person with a lower hematocrit will have a falsely high BAC reading. The breathalyzer machines appear to discriminate against female suspects.