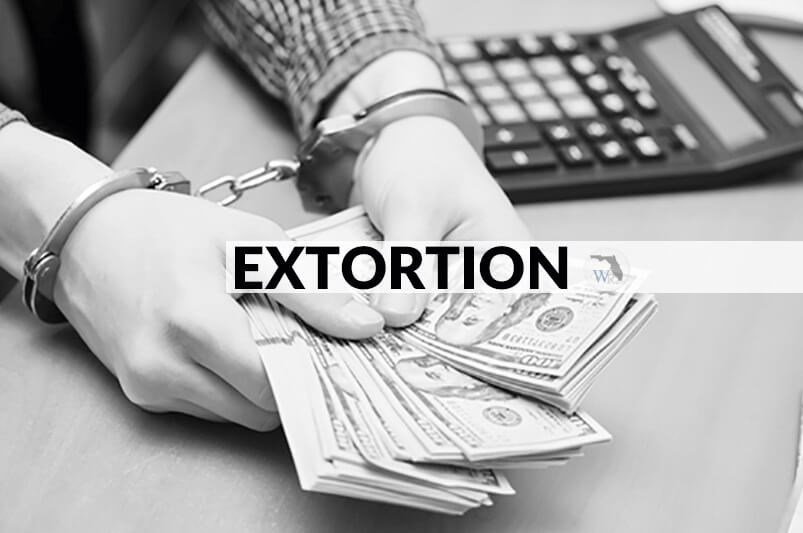 The prosecution must also prove intent to gain from the threat. The accused must have planned to gain some material advantage by making the threat.

When fighting a case of extortion the prosecution must prove the malicious intent of the accused. This means that the prosecution must show that the accused threatened to reveal information that could damage the victim in some manner. This can be financial damage or psychological. The damage good also be to the good name or reputation of the victim. The threat to expose a person’s deformities, lack of chastity, and so on is covered under the law of extortion.

Further, Florida law makes it clear that the accused can be convicted of extortion even in the information threatened to be revealed covered unlawful activities by the victim. For instance, the law will consider it extortion if the accused has threatened to reveal tax evasion by the victim and therefore obtained financial benefits from the victim according to the Broward Criminal Lawyers of William Moore Criminal Defense.

Whoever, either verbally or by a written or printed communication, maliciously threatens to accuse another of any crime or offense, or by such communication maliciously threatens an injury to the person, property or reputation of another, or maliciously threatens to expose another to disgrace, or to expose any secret affecting another, or to impute any deformity or lack of chastity to another, with intent thereby to extort money or any pecuniary advantage whatsoever, or with intent to compel the person so threatened, or any other person, to do any act or refrain from doing any act against his or her will, shall be guilty of a felony of the second degree, punishable as provided in s. 775.082, s. 775.083, or s. 775.084.

In Florida, extortion is a second degree felony. This means that a person convicted of extortion can be imprisoned for up to fifteen years, fined $10,000, or both. Additionally, habitual offenders, those with prior criminal convictions, and so on can face a longer term in prison.William Moore is a veteran Broward criminal lawyer with over 150 criminal jury trials under his belt. Remember, if you are looking for competent representation, always consider an attorney’s past history and experience before deciding. Criminal convictions can be devastating on the accused and his or her family.

The Broward criminal defense lawyers at the law firm of William R. Moore Criminal Defense not only deliver decades of knowledge and experience but also provides legal representation that is steadfast fueled by determination. If you or a loved one has just been arrested for extortion in the Broward County or Fort Lauderdale area or are facing criminal charges, contact extortion defense lawyer William R. Moore for immediate legal answers.

In general, the only possible defense against an accusation of extortion is self-defense. The defense lawyers or attorneys can try and prove that the threat uttered by the defendant was made in self-defense, for instance, after the plaintiff had threatened the defendant.

What About Extortion Among Family Members?

According to Broward Criminal Lawyers, threats issued to family members about exposing their secrets in order to obtain financial benefits are also considered extortion. For instance, if during divorce negotiations, one spouse or their lawyer makes statements that threaten to reveal wrongdoings of the other spouse to obtain a better financial settlement, it could be a case of extortion. This can happen if a spouse is aware of tax irregularities, or medical irregularities, or is in a position to damage the other spouse’s business interests by revealing personal and family matters to clients, the public, or the extended family.

Florida law considers extortion to be a second degree felony and penalizes it accordingly. Those threatened by blackmail letters or extortion attempts can take the protection of the law to safeguard their interests. 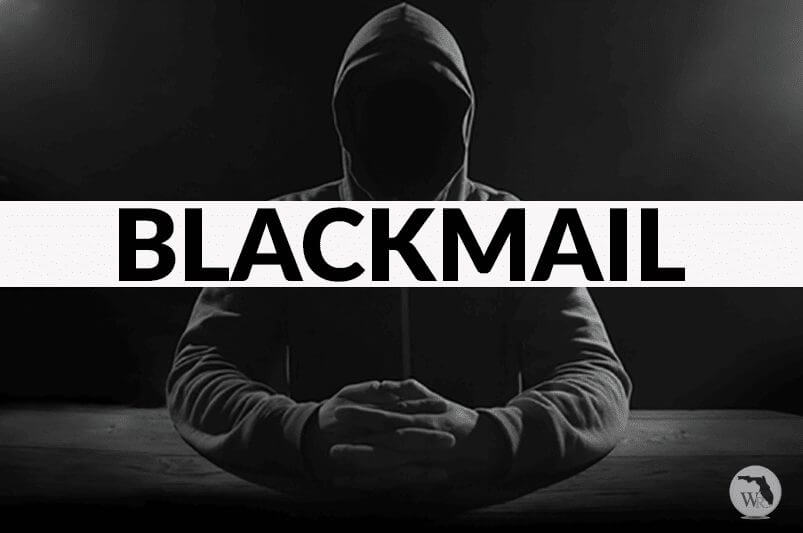 Blackmail, also known as extortion, involves sensitive issues to the victim wherein a person’s deepest, darkest secrets are threatened to be exposed, if that person fails to give in to the demands of the blackmailer in question. Blackmail is considered to be quite a serious offense. Florida has especially strict laws related to threat crimes.

An Overview of Florida Extortion Laws

Chapter 836.05 of the Florida Statutes defines threat crimes. Blackmail or extortion involves describes a threat made with the intention of usurping a victim’s property or money, and to compel the victim to act or not act regarding a certain situation. Florida Lawyers who regularly defend fraud crimes argue that the threat made to the victim must be sufficient enough to be able to overcome the victim’s free will. Robbery is different from extortion or blackmail. This is due to the fact that robbery entails an immediate threat, usually of physical harm, which occurs at the time the perpetrator is taking the property. Extortion on the other hand, involves a threat at any given time.

There are many elements that a Florida state prosecutor must establish in order to prove an extortion case: according to Florida Fraud Defense Lawyers.

Threat: A Florida state prosecutor must be able to prove that a verbal or written threat was made by the defendant. The threat could imply psychological harm, physical harm or even death to the recipient of the threat, to property, or to another person, if the victim does not comply. In other cases, the threat could involve accusing the victim of a crime, revealing a secret, or ruining their reputation.

Under Florida law, the defendant may threaten to do either an unlawful or lawful act. So long as the prosecutor can show that the defendant with malicious intent, extortion can include the threat of a legal act. Most individuals charged didn’t know this aspect of our Florida Criminal Laws claims Attorney Moore.

Intent: The prosecutor must be able to show that the defendant had intent to receive property, to gain financially, or to compel the victim to act against their own free will. Florida law however, does not require an ability to perform the threatened act or intent to actually carry out the threat.

Blackmail via the Internet

In the state of Florida, the laws make no specific provisions for crimes committed online, except for in cases of virus-spreading or hacking according to most criminal defense lawyers. Having said that, Chapter 836.05 does state that any threat, including blackmail, made “verbally or by a written or printed communication” is considered to be a criminal offense. This means that any threats sent through electronic means like social media or email could be considered as ‘written communication’ and therefore be punishable to the same extent as offline blackmail crimes.

Time Limit to Report the Crime

According to Florida Fraud Lawyer Moore, blackmail is a second-degree felony. Time is of the essence to bring an extortionist to justice, as the law states that prosecution for a second-degree felony must commence within three years of the felony’s occurrence. It is important that a victim reports the crime to the authorities within 3 years of it having occurred, for prosecutors to be able to press charges against the perpetrator. However, if the accused resides outside the state of Florida, the prosecution may take up to an additional three years to press charges.

Since blackmail is second degree felony in the state of Florida, a conviction can result in a fine in an amount up to $10,000, and/or term of imprisonment for up to fifteen years. If the criminal qualifies as a habitual felony offender or has a prior record with prior felonies, the state may request an increased punishment.