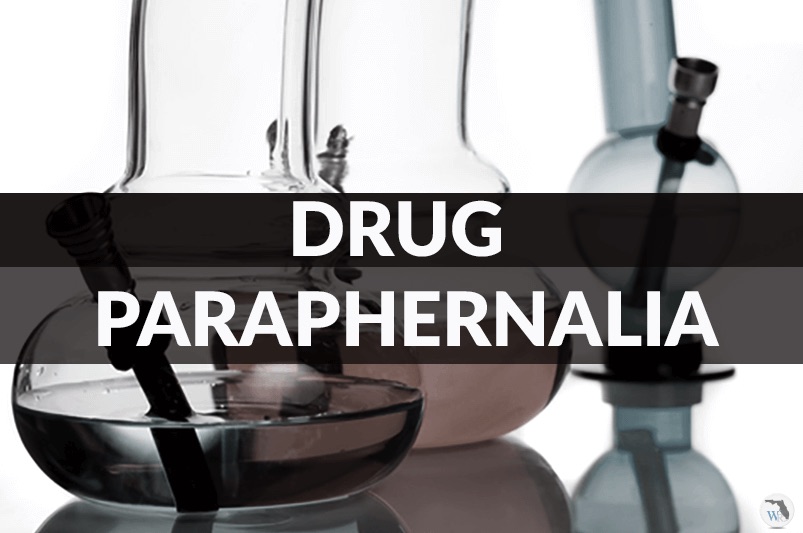 According to Florida law it is illegal for a person to possess drug paraphernalia with the intent to use it. This includes to plant, propagate, cultivate, harvest, process, manufacture, compound, convert, prepare, analyze, test, pack, repack, conceal, store, or stock a controlled substance.

In order to prove possession of drug paraphernalia it is first necessary to determine what can be labeled as an illegal item according to Ft. Lauderdale Drug Crime Attorney William Moore. For this purpose Florida courts rely on the statements of the person in control of the objects or the owner about their purpose. The court also considers the proximity of the object in time and place to a controlled substance. Any residue of the controlled substance on the object is also taken into consideration by the court in identifying drug paraphernalia.

The court can also use evidence such as written instructions, description of use, and advertising material about the objects to determine if they are drug paraphernalia. Another factor that the court will consider is the legitimate use that the objects can be put to in the community or circumstances, before deciding if they are drug paraphernalia. The court will also rely on expert testimony before coming to its conclusions.

In order to obtain a conviction for possession of possession of drug paraphernalia charges in Florida the prosecution has to prove that the objects were in the possession of the accused and were meant to be used for manufacturing, producing, ingesting, or selling drugs. For this the prosecution will often bring in expert witnesses, show that the objects were close to controlled substances, or had traces of the controlled substances on them. The prosecution can also produce written material such as instructions for using the objects as well as advertisements to help prove its case against the accused. Marijuana and crack cocaine pipes are of the most common items prosecuted in South Florida.

In Florida possession of drug paraphernalia can lead to a conviction for a first degree misdemeanor. This can be punished by imprisonment for up to a year or a fine of $1,000.

The term “drug paraphernalia” means all equipment, products, and materials of any kind which are used, intended for use, or designed for use in planting, propagating, cultivating, growing, harvesting, manufacturing, compounding, converting, producing, processing, preparing, testing, analyzing, packaging, repackaging, storing, containing, concealing, transporting, injecting, ingesting, inhaling, or otherwise introducing into the human body a controlled substance in violation of this chapter or s. 877.111 . Drug paraphernalia is deemed to be contraband which shall be subject to civil forfeiture. The term includes, but is not limited to: