Florida has strict laws to fight drug problems, including possession, selling, and the manufacture of drugs. According to Florida law, the manufacture of drugs is defined as preparation, production, compounding, propagation, cultivation, growing, processing, or conversion of a controlled substance. The law provides a list of controlled substances that are illegal to manufacture, which includes marijuana, cocaine, heroin, LSD, meth, amphetamines, Vicodin, and Oxycodone.

The process might involve extraction from a natural substance, chemical synthesis, and packaging or labeling of controlled substances. Manufacturing includes the terms growing and cultivation to cover, grow houses of marijuana. Some of the common drug manufacturing crimes are operating meth lab, cultivating marijuana in grow house, and possessing, distributing, or trafficking in chemicals meant for manufacturing drugs. 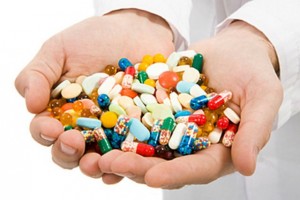 Drug manufacturing by way of cultivation of marijuana, and operating meth labs or conversion labs is on the rise in Florida. Severity of criminal charges will be based on the type of drug being manufactured or cultivated, the quantity of drugs being manufactured, proximity to certain places where the drugs are being manufactured, the intention to sell and distribute, and the prior criminal history of the accused.

A person accused of manufacturing drugs can be charge with third, second or first degree felony. The charges can escalate to the next level of felony charges, if the place of manufacture is within 1,000 feet of a school, church, childcare facility, community center, public housing unit, adult assisted living facility, or college. Secondly, additional charges are filed for owning, renting, leasing, or possessing a property for manufacture of controlled substances.

Charges are not only applicable to the person/s involved in manufacturing the drugs but also to the property owner who has rented or leased the property, knowing that it will be used for the manufacture of a controlled substance.

However, the most important aspect considered in awarding penalties is the type of drug being manufactured and the quantity. For instance, cultivating marijuana plants is a third degree felony offense, punishable with a fine up to $5,000, up to five years jail time, or both. On the other hand, manufacturing 200 grams or more of meth is a first-degree felony offense, punishable with a minimum mandatory sentence of 15-year jail time and $250,000 fine. Florida Drug Statutes

If 400 grams or more of meth is manufactured in combination with other chemicals, and if the manufacturing process is known to be the probable cause of death of a person, then it is a capital felony punishable by death or life without parole, and $250,000 fine.

The state of Florida considers the manufacture of methamphetamines, cocaine, and other drugs a felony. Additionally, Florida also prohibits the growing of marijuana. Growing 25 marijuana plants or possession of 25 pounds of marijuana could lead to a charge of intent to sell the drug. Conviction can mean mandatory three years in prison or a fine of $5,000 or both. If the number of plants being cultivated is greater or the weight of the drugs being manufactured is greater, the severity of the penalty increases. When sale or cultivation occurs within 1,000 feet of a school, day care center, public park, public housing, and so on, the offence is considered a first degree felony and will lead to up to 25 years in prison and a $10,000 fine. Owning a house where marijuana is cultivated or other drugs manufactured can also make you liable to drug manufacturing and cultivation charges even if you have let the house out to others according to Broward Criminal Attorney Moore. Penalty Drug cultivation and manufacture, especially in larger quantities, is considered trafficking and leads to severe penalties. Apart from imprisonment and fines, these offenses could lead to a mandatory suspension of the driving license, forfeiture of the vehicle or home, and a public record that makes future employment more difficult.