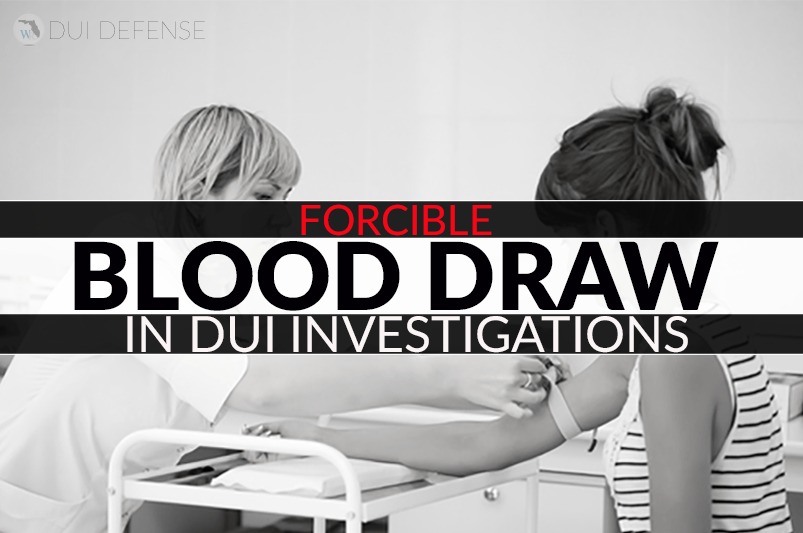 Our DUI Attorneys in Broward understand full well that Florida statutes permit the forcible extraction of a blood sample if the investigating police officer has “reasonably trustworthy information,” sufficient to cause a person of reasonable caution to believe that a driver was under the influence of alcoholic beverages at the time of an accident causing death or serious bodily injury of a human being. The statute allows forcible extraction even if the defendant is the only one injured.

DUI death chargesThis statute incorporates constitutional standards. In such cases, the officer must have probable cause to believe the defendant was driving while under the influence of alcoholic beverages and caused death or serious bodily injury. The officer must determine that probable cause exists based on objective facts and circumstances, not on personal opinions or suspicion. Broward Drunk Driving Attorneys often have to confront the fact that this probable cause determination may be based on “the collective knowledge” of officers. But where there was no evidence that the officer ordering the test had any personal information or reports from other officers or anyone to establish probable cause, the blood test results were inadmissible. Test results secured solely as a standard operating procedure are inadmissible.

There are numerous cases dealing with the determination of probable cause to believe the defendant was driving while under the influence of alcohol and caused an accident resulting in death or serious bodily injury. The Fort Lauderdale police officer need not have determined that the defendant is the person that was driving the vehicle before the officer orders the blood test. It is sufficient if the officer has probable cause to believe that the defendant was driving. Thus, where the facts clearly established that whoever was driving the involved vehicle at the time of the accident was under the influence of alcohol and two occupants of the vehicle blamed each other, the officer had the authority to order a blood sample to be drawn from each person.

There has been some variation in the approaches that courts have taken as to what officers must know about the defendant’s impairment to order a blood withdrawal under Florida statutes. Although the statute does not say so, some district courts have ruled that the officer must have probable cause to believe that the driver was impaired by alcohol at the time of the accident, not merely that the driver had consumed alcohol. In Brown, the court concluded that being under the influence is synonymous with being impaired. The court also found probable cause for a DUI based on the fact that the defendant had an odor of alcohol, caused a fatal accident, and had various indicia of alcohol consumption.

DUI attorneys note that other district courts have taken a slightly different approach. They have ruled that there is probable cause for a DUI, and to order forcible extraction of a blood sample pursuant to Florida statutes, where the defendant has merely consumed alcohol and caused a serious or fatal accident. These courts deem the odor of alcohol and causation of the accident sufficient.

Despite the slight variation in the approach to forcible extraction pursuant to Florida statutes, it is fairly clear that an officer may order a blood test if the officer knows that there was an accident involving serious bodily injury, the suspect was driving one of the involved vehicles, and the suspect has a strong odor of alcohol.

Recently, in Palazzotto v State, the court held that after defendant was involved in an accident resulting in serious bodily injury, there was probable cause for a blood draw based on defendant’s speed, violence at the hospital, and odor of alcohol. The court concluded that under the circumstances there was no need to reexamine its earlier decisions in State v. Catt and Keeton v. State.