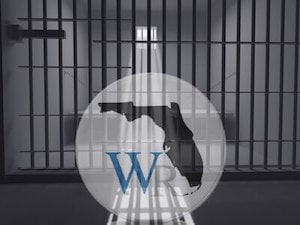 “Interlock devices are mandatory in many Fort Lauderdale DUI Convictions” The laws regarding special conditions such as these get rougher every year in Florida. The fact is that First Offense DUI in Florida carries tougher penalties than most first time felony crimes (3rd degree). DUI lawyers are often frustrated that a first offense DUI in Florida can require this device in many cases (such as .15 BAC).

Before issuing a permanent or restricted driver’s license, the Department of Highway Safety and Motor Vehicles must require the placement of a department-approved ignition interlock device for any person convicted of committing an offense of driving under the influence, except that consideration may be given to those individuals having a documented medical condition that would prohibit the device from functioning normally. An interlock device must be placed on all vehicles that are individually or jointly leased or owned and routinely operated by the convicted person.

Furthermore, in addition to any other authorized penalties, the court may require that any person who is convicted of driving under the influence and who is granted probation may not operate a motor vehicle during the period of probation unless that vehicle is equipped with a functioning, certified ignition interlock device installed in such a manner that the vehicle will not start if the operator’s blood level is in excess of 0.05% or as otherwise specified by the court. The court may require the use of an approved ignition interlock device for the period of probation, such period to be for not less than six continuous months, if the person is permitted to operate a motor vehicle, whether the privilege to operate a motor vehicle is restricted or not, as determined by the court.

Any person whose driving privilege is restricted under a condition of probation requiring an ignition interlock device must notify any other person who leases or loans a motor vehicle to him or her of that driving restriction.

Penalties are provided for violations. In addition, a violation of the statute is a noncriminal traffic infraction, punishable as a non-moving violation.

If you have been arrested and need help, consider speaking to one of our Criminal Attorneys in Broward County.