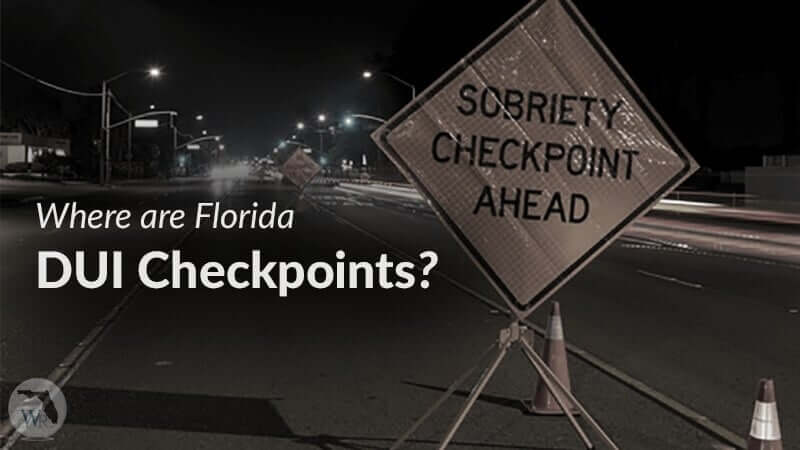 At any sobriety checkpoint, police officers check vehicles for intoxicated drivers. They are not permitted to pick and choose drivers, as that could lead to a biased selection process. Instead, they must have a plan in place to select vehicles for testing in advance, such as every car or every third car.

The law enforcement agency administering the checkpoint must follow strict guidelines due to the exceptionally intrusive nature of these stops. Law enforcement agencies are permitted to make these intrusions due to the state’s strong interest in removing drunk drivers from the local roads for the safety of the general public.

Sobriety checkpoints must be well-lit and offer appropriate notification on the roads so that drivers are not taken by surprise. A driver must have the opportunity to turn around and avoid the checkpoint entirely. If the law enforcement agency does not follow the guidelines, the evidence they obtain against a person arrested for DUI at the checkpoint may not be admitted against him in court.

Unfortunately, DUI checkpoints are not particularly successful in preventing DUIs. They typically net very few drunk drivers, but bring in significant amounts of revenue through citations for other traffic infractions. Although the officers are well-meaning, the sobriety checkpoints are not effective at preventing drunk driving, which is their stated goal.

Under Florida law, law enforcement officials must publicize the checkpoints in advance. For example, you may read in the newspaper that the Sheriff’s Office will be operating DUI checkpoints at specified locations in advance of big events or holidays.

DUI Checkpoints are widely used by law enforcement around the country today. Currently the law is clear on the use of such tactics by law enforcement. The United States Supreme Court has acknowledged that the stopping of traffic and individual motorists does pose an intrusive burden on citizens and consequently law enforcement must adhere to a strict set of guidelines when conducting the checkpoints.

Failure to adhere to the guidelines as laid out by the United States Supreme Court and state case law will render any evidence following a stop at one of these sites inadmissible, resulting in a dismissal of the DUI charge by the prosecuting attorney. Specifically, checkpoints have been found to be constitutionally permissible even though there is a significant degree of intrusion upon individual motorists due to the fact that their implementation is said to advance the State’s interest; that interest being to stop impaired motorists and remove them from streets and highways.

Attorneys and law enforcement officers alike arguing for the State throughout the implementation of this case law disagreed that the State’s interest was specifically designed to stop drunk driving. Consequently the lawfulness of checkpoints has been upheld. Recently however, prosecuting attorneys and law enforcement alike have bragged publicly that checkpoints yield an astronomical amount of revenue from traffic infractions discovered after stopping automobiles at DUI sites. Most often an automobile checkpoint yields approximately four DUI arrests and even less DUI convictions, while the number of traffic infractions almost always exceeds that by 100 percent. Guidelines that law enforcement must follow include providing a written set of actions outlining the procedures of the roadblock, a specific method of selection of vehicles, proper lighting and notification requirements on the roadway so as not to startle motorists, and insurance that intrusion on the motorists is kept to a minimum. Failure to adhere to any of these requirements results in evidence being excluded.

During the holiday season, the police in Broward County often set up DUI Roadblocks. These checkpoints screen for intoxicated drivers in the south Florida area, because local police tend to report more DUI arrests associated with Christmas and New Year’s revelry. Ostensibly, a roadblock is established to protect the public from drunk drivers who take to the road after a few too many glasses of eggnog at the office holiday party.

First, the police must have a written set of guidelines for their checkpoints. Police may stop your car, ask you questions, and administer breath or field sobriety tests. Broward law enforcement officials must notify the public in advance about the checkpoint, which is the reason why you may hear radio or television ads put out by law enforcement during the holidays or read about them in the newspaper. Sobriety checkpoints should be visible from a distance, marked with signs and police car lights, to put drivers on notice. If you were arrested at a DUI checkpoint, our Broward DUI lawyer can determine whether or not the evidence collected at the roadblock will be admissible in court. If the law enforcement officials did not follow all guidelines, a Broward DUI lawyer may be able to get your case dismissed.

One of the most important rules of DUI checkpoints is that the officers administering them cannot stop cars at random. Instead, there must be a pre-set formula that the police abide by when selecting cars to stop. For instance, Fort Lauderdale police brass can decide to stop every third car or every fifth car. The decision about which cars to stop must be made by supervisory officials, not by field officers.

Two important concerns that law enforcement must always evaluate are police officer safety and minimizing the period of time of the detention for passing motorists. DUI roadblocks are a constitutional search of citizens, but they must be kept minimally intrusive. A person arrested at a DUI checkpoint must be given access to a criminal lawyer.

Remember that if you encounter a DUI checkpoint in the Fort Lauderdale area this holiday season, you can turn around, even if you just want to avoid waiting in the long line of cars at the roadblock.

The DUI attorneys at The William Moore Law Firm has years of experience in representing individuals arrested for driving under the influence in Fort Lauderdale. Charges for a DUI are considered Criminal Charges under the Florida Law. It is important to know your rights and seek out legal representation if arrested for this offense. Contact the DUI Attorneys at William Moore Criminal Defense for answers to any questions that you may have.