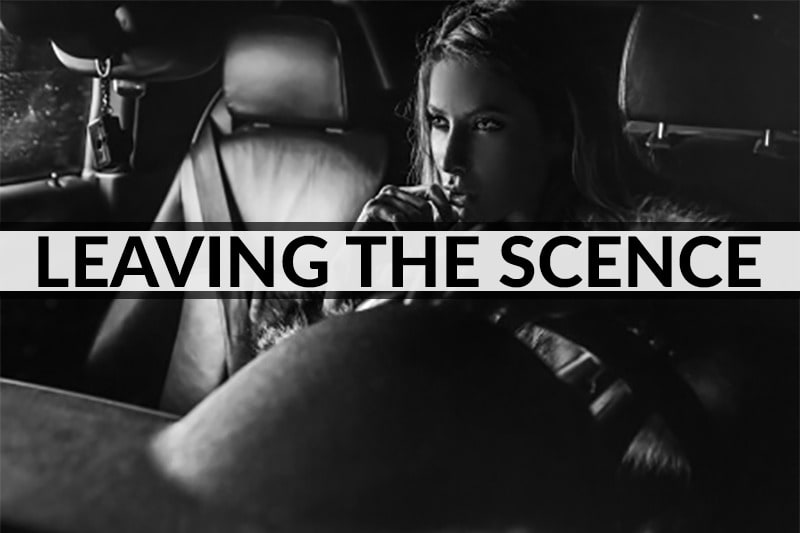 Leaving the Scene (Hit and Run) Under Florida Law

Hit and run is legally refereed to as to Leaving the Scene of an Accident (LSA). Under Florida State Law the act of leaving the scene of a car accident can result in an offender having to face misdemeanor charges, jail time or even first-degree felony charges.

It’s hard to believe, that leaving the scene of an accident in Florida can have such a broad spectrum. This Florida Crime actually spans the entire length of our misdemeanor and felony classification system. From 2 nd degree misdemeanor (similar to trespassing) all the way to 1 st degree felony as in leaving the scene cases involving death.

If you or a loved one has been involved in an hit-and-run accident it’s important to understand the Florida laws and consequences for leaving the scene as they range based on the evidence which will be uncovered by the criminal attorney defending your LSA case.

First and foremost our criminal defense team reminds all potential clients of the importance of preserving their right to remain silent until you speak to an criminal defense attorney. We all know that as an accused, what you say can and will be used against you by the police and prosecution. Nonetheless, the overall stress of being charged with a crime sometimes results in people making choices based on emotion rather than logic.

In cases where individuals are involved in a crash that results in damage to another individual’s property. Property can be considered another motor vehicle, building or structure. Under the Florida Law the actual crime is not from the accident but rather when the individual intentionally leaves the scene of the accident or crash deprived of providing their proper contact information to the owner of the property. In some cases the owner of the property may not be present to receive the individual’s information, however that individual is still responsible and under Florida law a motorist is required to notify and report the accident to the local police department.

Under Florida Law individuals involved in automobile accidents which have resulted in personal injury or death are required to stop immediately and provide proper assistance to the other injured driver or passenger.

This means making proper transportation arrangements and contacting authorities for medical professional treatment such as by calling for an ambulance if needed.  Strange things happen to people when they are under the stress of an event. Unfortunately, this can lead to criminal arrests or injury to person. Following an accident a person may not believe they are injured bad enough for medical attention however its important to note that not all injuries maybe visible. Its best for both parties to seek out the medical care following an automobile accident if there is any question whatsoever that any of those involved may have or should have suffered injury.

In serious car accidents, where individuals are in critical condition, the other party involved is required to immediately report the accident to local authorities. Florida criminalizes conduct that is not in conformance with these reporting requirements. If the owner or injured passenger is not in the condition to exchange contact information that other individual involved is required to report and disclose all proper information of the such as name, address, car registration to the nearest law enforcement.

Hit and runs are taken very serious in the state of Florida. It is crucial for anyone facing these charges to contact an experienced criminal defense attorney.

Leaving the scene of an accident requires a conscious intent to flee the scene of a car crash. When a person consciously leaves the scene of an automobile accident, they are exposed to face criminal prosecution. Depending on the circumstances of the accident the charges can result in a second-degree misdemeanor charge, Third Degree Felony or First Degree felony (as in cases involving death).

If an individual is found guilty of committing the crime of leaving the scene of an accident involving property damage sentence severity will largely depend on an offender’s prior criminal history and or aggravating or mitigating evidence associated with the particular LSA case for which they were convicted.

Under Florida Law a leaving the scene of an accident offender may face a combination of the penalties. These criminal charges include fines up to $500 as well as 60 Days in Jail and 6 months probation.As stated previously, Circumstances and criminal history are the most important factor in the severity of the legal punishment.

Under Florida law the charges and penalties for ‘Leaving the Scene of an Accident Involving Injury’ is a Third Degree Felony if convicted the individual may face up to $5,000 in fines, 5 years of probation and/or 5 years in state prison.

Under Florida criminal law it is a First Degree Felony if a individual is found guilty for leaving the scene of an accident when the Involving death. Depending on the individuals criminal history if convicted they will face a combination of the following penalties: up to $10,000 in fines, 30 years prison and/or 30years.

Criminal Defense Attorney William Moore explains there are a few exceptions and defense for LSA charges. However, these hit-and-run defenses are strictly based on irregular circumstances and evidence surrounding the accident.

‘Lack of Knowledge’ Defense for Hit and Run Charges

Certain obvious circumstances may prevent the driver from being able to discharge their duty to render assistance to others involved in the accident.

‘Drivers Life in Danger’ Defense for Leaving the Scene

If the driver considers that there life could be in danger by staying at the car accident scene. Circumstances such as in the event of a fire or toxic spill, the court may grant exemption.

Under the Florida Law hit-and-run charges do not apply if the driver is injured or disabled preventing the driver from being liable for their inability to render assistance. Meaning the driver’s disability or injury prevented them from rendering assistance or exchanging information.