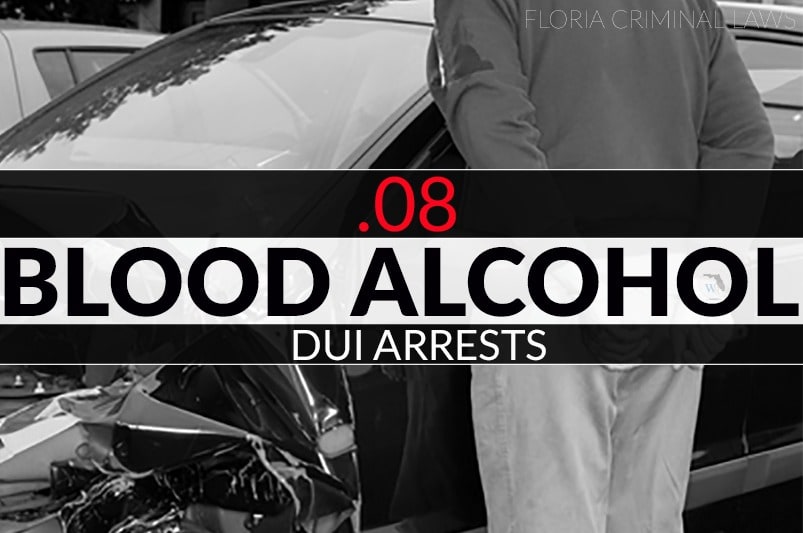 In almost every contested DUI case the most litigated element is impairment of normal faculties or the presence of a blood or breath alcohol level of .08 or higher according to William Moore, a DUI Attorney in Broward County.

There are not two separate offenses (i.e., DUI and Driving with an Unlawful .08 Blood Alcohol Level (DUBAL)), however just one offense that could be proven in two alternative ways. The State could meet its burden by proving beyond a reasonable doubt that the defendant’s normal faculties were impaired or that the defendant had a blood or breath alcohol level of .08 or higher. In different words, the legislature has established more than one method of proving the offense. Either alternative can be established without evidence of the other. The jury need not specify which alternative formed the basis for the verdict. In fact, in Euceda v. State, the court ruled that it was proper for the prosecutors to tell the jury that they did not have to be unanimous as to which alternative applied as long as they were unanimous as to guilt. Many criminal lawyers find great fault in this ruling as it seemingly violates the Florida Constitution (in addition to the United States Constitution).

The .08 Blood Alcohol Level Has Additional Significance According to Florida DUI Lawyers

For a long time, DUI could only be established by proof of impairment. A .08 blood alcohol level above the specified limit was prima facie evidence of impairment. This provision was retained when the law was changed to provide that a blood or breath alcohol level above the specified limit is sufficient, standing alone, to establish guilt. Thus, not only is proof of a blood or breath alcohol level of .08 or higher an alternative to proof of impairment; it is also strong evidence of impairment. This may be confusing and unnecessary; however, it is the law. Numerous DUI defense lawyers argue that the presumption is a blatant violation of our constitutional rights.

William Moore is a Fort Lauderdale Criminal Attorney who is know for his aggressive trial strategy and tireless work in perfecting defense strategy.

If an alcohol test result is available, the simple thing for the State Attorneys Office to do is to rely on the strict liability approach. In fact, it may be that there is little or no evidence of impairment, but a test result of .08 or higher. As the basis for the charge, the State may choose to allege and prove those test results. Logically, in such cases, the State would seek to keep out any defense evidence suggesting that the accused was not impaired. That was precisely the issue in State v. Lee. The court ruled that evidence indicating no impairment was relevant to discredit the reliability of the test results.

If you have unanswered questions about how DUI charges are defended by our law firm, contact Drunk Driving Defense Attorney William Moore and schedule a free consultation at your convenience.

The blood or breath alcohol level might also be useful to the DUI defense lawyer as one piece of evidence to be considered along with all other evidence. If the level was .05 or lower, it is presumed that the defendant is not guilty. If the level was between .05 and .08, there is no statutory presumption one way or the other, but that fact may be considered along with other competent evidence of impairment.

Case law establishes that even if the State fails to show compliance with these sections, the test results are still admissible upon proof of a proper scientific predicate. However, in Robertson v. State, the Supreme Court ruled that if the State must rely on such a scientific predicate, the statutory presumptions are unavailable. The same rule applies to boating while under the influence. Yet, these rulings on the statutory presumption in DUI and BUI cases are not retroactive. Meaning the rulings do not apply to judgments that were final and not subject to review on direct appeal at the time the rulings were entered.
If it cannot be established that the substance was consumed before or after driving or actual physical control, the State cannot prove its case. Therefore, where the defendant was out of the presence of officers after driving, and testified that he consumed beer during that period, the court granted a judgment of acquittal. It was a reasonable hypothesis that the defendant was not impaired by alcohol until after driving.

A more common timing issue is whether delay in securing a test sample influences the admissibility of the results and the sufficiency of the evidence. This deals with the need to relate a blood or breath alcohol level back to the time of the stop through retrograde extrapolation. In Miller v. State, the Court ruled that there is no such requirement for test results to be admissible. It is only necessary that the sample be secured a reasonable time after the stop. Delay and any testimony based on retrograde extrapolation goes only to the weight of the evidence and is for the jury to consider.

DUI defense lawyer may introduce such evidence to establish a reasonable doubt as to whether the defendant was impaired. In State v. Clements, the court affirmed the circuit court’s reversal of a misdemeanor DUI conviction on the grounds that the trial judge erred in excluding expert testimony applying “the Widmark formula” to conclude that the defendant had an alcohol content between .02 to .05 and would not have been significantly impaired. The defendant had refused the alcohol test and the trial judge concluded that such testimony would have been irrelevant without the statutory presumptions. The court rejected that rationale.